This ESR effect has the following characteristics : it causes very small gap between the static RPM and the flight RPM, and this allows to keep a strong power at take-off.
It means that the max throttle RPM stays nearly constant.


The ESR effect can improve the performances at take-off, because then the engine is running very near of its max RPM, and provide all its power during take-off.
Some E-PROPS models allow to have more RPM at take-off than in flight...


From technical point of view, there are different solutions to obtain this ESR effect :
- narrow chord with classic profiles
- pitch reduction at low speed by blades deformation (difficult to obtain)
- narrow chord with special profiles, in order to avoid the stall of the blades => it is the case of the E-PROPS 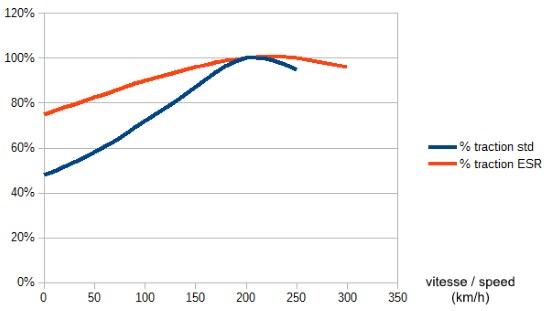 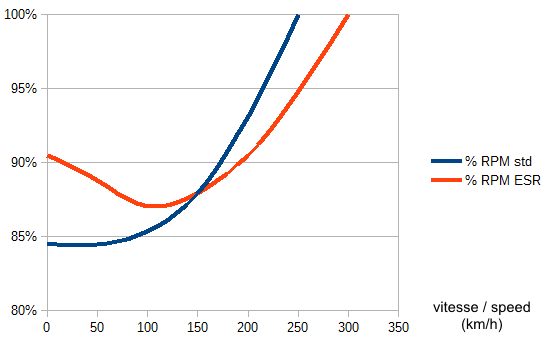 indicated RPM in % of the maximum engine RPM during take-off,
the RPM of the E-PROPS propeller with ESR effect is always above a standard propeller

Do not forget : what makes aircraft taking-off, it is not engine RPM but propeller thrust
In the case of stalled blades, the loss of performance may be higher than the power gain.
Therefore, optimization of the curve "max traction / speed" is essential when designing the propeller.

It also means that, on E-PROPS, the static thrust is not an important data.


Thanks to their geometries anf their profiles, the E-PROPS have a very strong ESR effect, which allows to considerably improve the performances of the aircraft at take-off and in cruise, in comparison with all standard fixed pitch, and even with some variable pitch propellers. 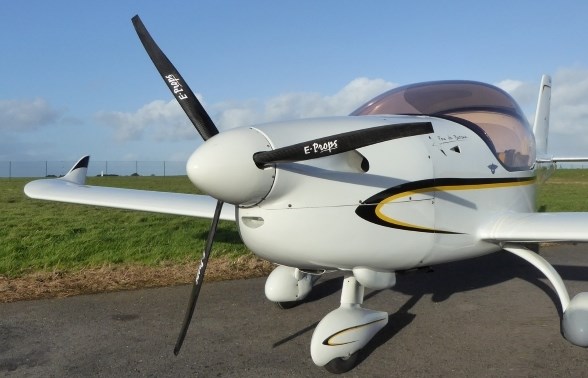